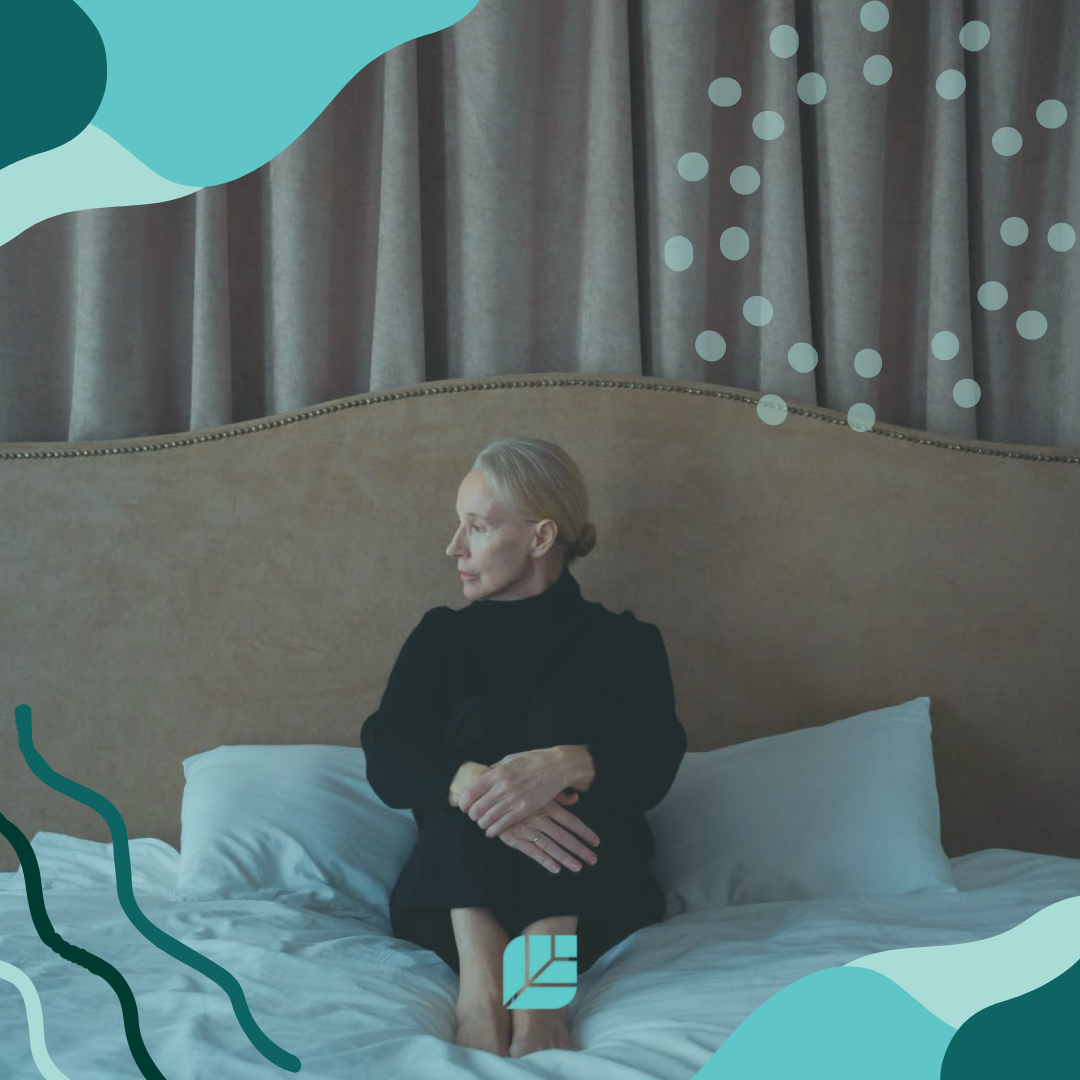 CBT or Cognitive Behavioural Therapy is a type of therapy that revolves around challenging the relationship between your thoughts, emotions, and actions and how they all interact with each other, whether it’s in a positive or a negative way.

You don’t need to be diagnosed with anything to try CBT. It’s just as effective for helping you to get the better of any sadness, stress, or worry you might face in your life. If you go to the doctor for your mental health, CBT is usually the first port of call.

Cognitive behavioural therapy revolves around the idea that the brain you are born with can be changed. Scientists call this Neuroplasticity– our neural networks change and adapt as we grow. What this means is that you can train your brain as if it were a muscle, conditioning it to overcome depressive thoughts and conquer everyday anxieties.

Humans are hardwired for negative thought patterns in order to survive, but it doesn’t take an enormous effort to make a difference to how you feel. All it takes is consistent, regular challenging of your thoughts, emotions and actions to have a positive impact on your emotions. The basic premise of CBT is this: if you change the way you think, you can change the way you feel.

The premise of CBT is simple. People and events do not dictate how we feel– what we tell ourselves about people and things does. Thought patterns matter. How we perceive and interpret what happens around us matters. This is what informs how we feel and ultimately how we behave.

CBT has its roots in something called REBT or Rational Emotional Behavioural Therapy, which was developed by Albert Ellis in the 1950s. Ellis is commonly referred to as the father of CBT, and in REBT he would ask his clients to question whether their beliefs are rational or irrational. This is where he believed that the crux of his client’s behavioural or emotional issues were held, not in childhood trauma or relationships with parents, but through beliefs.

Whether we’re aware of it or not, we all have a group of beliefs that we hold about different things, people and scenarios, and Ellis recognised that irrational belief systems lead to us feeling or acting irrationally as a result or consequence. The thought or the situation doesn’t change, but it’s how we see and interpret it that makes us feel or act positive or negative. So, Ellis created the ABC model that most of CBT is based on.

This is the framework that every thought has an Activating Event, which can be a situation or a thought or feeling, a Belief which is the filter we interpret the Activating Event through, and a Consequence which could be an emotion of behaviour. The principle is we can’t change the thought and we can’t change the emotion as it’s a knee jerk reaction, but we can question and change the belief systems in the middle so we experience the scenario or thought in a more positive, rational way.

Following on from Ellis, another therapist called Aaron T Beck, came up with a number of theories around Cognitive Therapy, building on the work of REBT, to form what we now recognise as CBT.

In order to tackle this, he’d challenge his client’s thoughts by using the theory of Cognitive Distortion. These cognitive distortions are where the brain has got into the habit of forming thoughts in a way that isn’t helpful. So, this could be by making assumptions without enough information, creating overgeneralizations, being selective about what you focus on rather than taking everything into account, and the list is endless. However, Beck found that by challenging these distortions, clients are then aware of these negative thought patterns and able to change and restructure them using repetition.

Modern CBT is used by the NHS and by healthcare providers worldwide. In fact, when you visit your GP with anxiety or depression concerns, CBT or group CBT is normally the first thing they’ll prescribe before looking at medication or other coping strategies.

Research shows that CBT is the most effective form of treatment for those coping with depression and anxiety. CBT alone is 50-75% effective for overcoming depression and anxiety after 5 – 15 sessions. Realistically, very few places offer the “lie back and tell me about your mother” approach, because wallowing on your past isn’t going to help your future. Whether you have a Freudian nightmare or an Oedipal Complex or some other Greek tragedy inspired syndrome, CBT doesn’t care. Instead, CBT focuses on the present and gives you the strategies that you need to change your negative thought patterns for good through repetition and questioning.

CBT has been shown to be so effective that, on average, patients often feel improvement after just three sessions. The problem is, that because they feel better, patients stop attending sessions or putting in the work outside of sessions. This means that the negative or irrational habits and beliefs that have been causing the irrational emotional responses or behaviours haven’t been broken down, challenged or altered meaning that it’s likely the patient will fall back into old habits after only a few weeks. That’s why most CBT courses last between 6-12 weeks, giving the brain enough time and exposure to new techniques to build positive habits and embed them into their daily lives.

It might be difficult for people with anxiety or depression to understand but those who don’t suffer with depression or anxiety allow negative thoughts to come and go and don’t linger or overthink them. Herein lies the crux of anxiety and depression.

People who do have depression or anxiety have this sort of internal narrator, or an inner saboteur that makes us feel like we’re not in control. It’s that voice in your head that says you’re not good enough, you’re not going to achieve, you’re stupid – all these horrible comments that aren’t true. As a result we feel terrible and either withdraw or continue to over analyse and in doing so, we feed into a negative thought cycle that perpetuates these feelings and behaviours long after the original thought, situation or trigger has passed.

What CBT allows us to do is recognise these thoughts as they happen and challenge them. Whether you’re asking if they’re rational or irrational using an ABC model of Ellis, or favouring the Cognitive Distortion Method of Beck, the key takeaway here is that once we recognise these unhelpful thoughts and beliefs we can challenge and change them, resulting in a completely different set of feelings and actions as a consequence. In order for this to make a difference, you have to keep using these strategies and techniques over and over again: this is not a quick fix. Repetition is the number one way that your brain learns and forms a lasting habit, and that’s how CBT works from a practical standpoint. We’re training our brain out of it’s negative thought patterns and replacing them with more positive ones. Long term, you won’t even have to actively recognise and challenge them. But why is that?

Our neurons, which are the cells that do all the communication with our body, work by travelling via a kind of neural superhighway called neural pathways.

Neural pathways are built when you keep doing something over and over again and build a habit. It’s like when you start driving to a new place, maybe it’s a new office for work, the first couple of times it takes active effort to get there, paying attention to your SatNav and looking for the turning. But as time goes on and you keep commuting you can get there on autopilot. Neural pathways are your brain’s autopilot system. You’ve done something so many times that your brain can predict the outcome and not have to put a whole lot of effort into it, it’s an automatic thought process. So much so, that it’s physically visible – those grooves on your brain, they’re  your neural pathways.

With CBT, we’re actively breaking down these negative neural pathways and replacing them with more positive ones. When we’re living with anxiety or depression, our negative thoughts, beliefs and behaviours have been going on so long that they’re automatic. But considering it was repetition that got these negative thought patterns going in the first place, it’s going to take a lot of repetition to unlearn these bad habits. We can’t just turn around and say I’m not going to be negative today, that’s not going to work. You need to actively restructure your thoughts and beliefs and start challenging your brain’s automatic response. Then, as time goes on and you keep at it, your brain’s automatic response will start to become more rational and positive. It’s going to take time and effort, that’s just the reality of it. But don’t worry, we’re gonna give you all the tools and strategies to make it as simple and easy as possible. Starting right now.

Although traditionally CBT happens in either a physical face-to-face group or one-on-one setting, there are plenty online, virtual or app-based versions of this type of therapy. cCBT or eCBT (computer-based and electronic cognitive behavioural therapy respectively), are growing in usage due to convenience and location-related issues, particularly in areas where mental health practitioners are thin on the ground and waiting lists are long.

This is either using video-based live sessions with a therapist, like a Zoom or Skype meeting, self-service style therapy with worksheets and articles, email or text based services or a combination of the three. Especially during lockdown whilst many face-to-face services were suspended, cCBT and eCBT were used to help patients in the meantime.

Whilst there are criticisms of both using and providing online or virtual CBT, it can provide patients with useful information and techniques that they might not otherwise get due to location, financial factors, access or longer waitlists in certain areas.

If you’re struggling with anxiety or depression, or are feeling more stressed than usual, it’s always best to contact your doctor. From there, they’ll be able to best direct you to a treatment that’s specific to your needs or give you further strategies or techniques to mitigate your symptoms.

This being said, if you are currently waiting for treatment, have previously had CBT or are just looking for more practical advice and help, you can try Leafyard, our CBT and behavioural therapy-informed programme that integrates habit building techniques, neuroscience, entertaining video content and practical action plans to actually help you feel better for good.