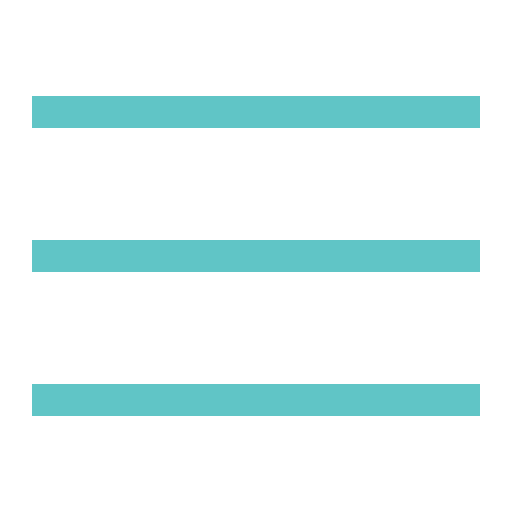 Is Watching The News Bad For Your Mental Health? 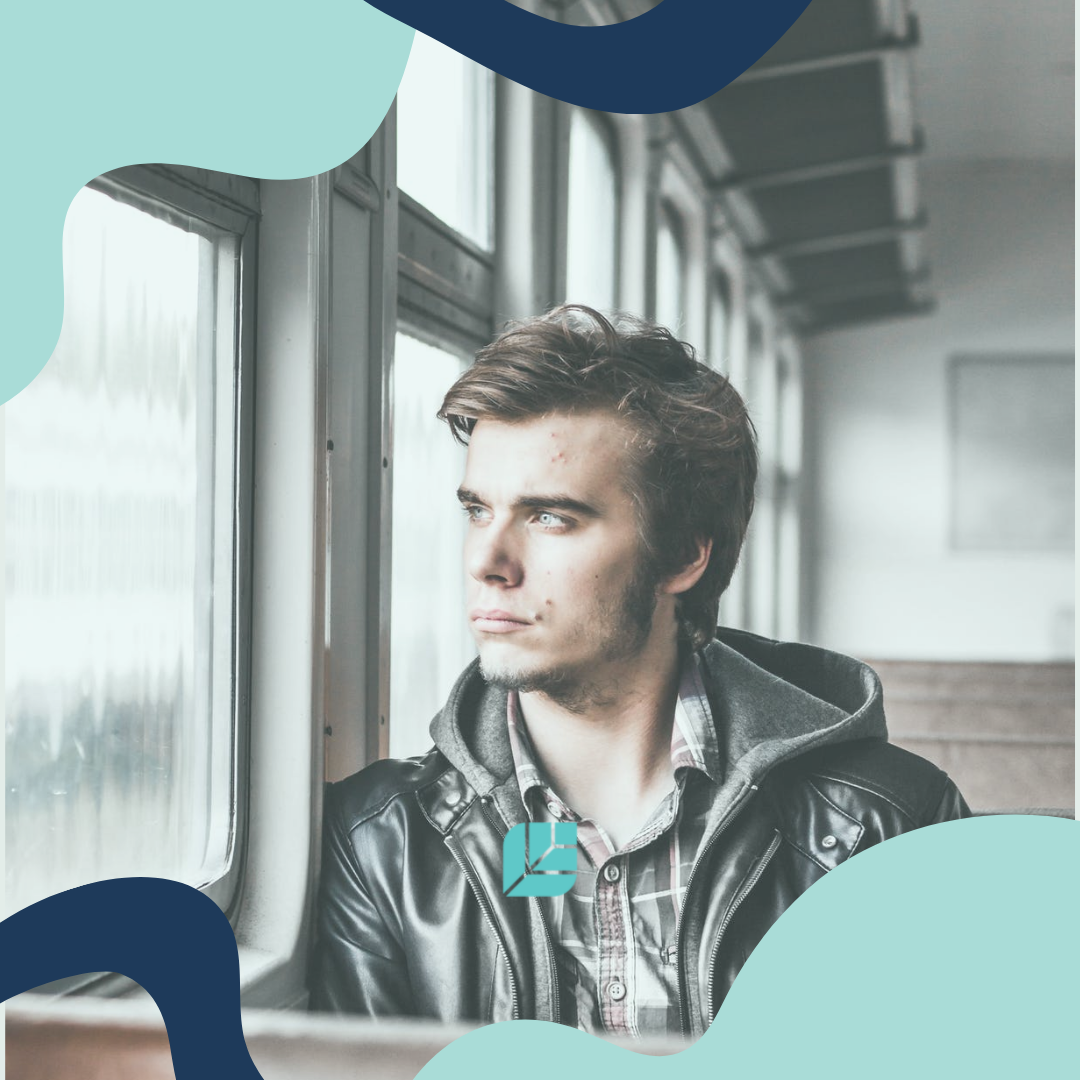 When was the last time you saw a genuinely positive story on the news? Maybe it was a short, two minute segment about a heroic dog or a heartwarming tale about old people knitting, or someone running a ridiculous amount of miles for charity.

Okay, when was the last time you saw a negative story on the news? Probably whenever you last watched the news, right? The news has a tendency to be overwhelmingly negative. Where positive, heartwarming stories tend to be left either to local news programmes or relegated to the last couple of minutes, bad news gets the vast majority of coverage.

War, disease, famine, murder, rage, lies, anger, death, post-truth destruction – it’s laid out for all to see across a 30 minute programme which is shown every couple of hours. Even the seemingly positive stories tend to remind us of something negative in one way or another. The blanket coverage around vaccines for COVID-19, whilst amazing, reminded us that we were still very much in the thick of a pandemic. Footage of Captain Tom Moore raising millions of pounds for the NHS reminded us, regardless of the achievement and sentiment behind it, that the health service is massively underfunded.

Now, this might just be a cynic’s view of things, but there is a solid, biological basis to my cynicism. As humans, we have this inherent negativity bias. It stems from caveman times when we had to foster a healthy level of skepticism in order to stay alive.

“Boy, that berry looks tasty but Bob had a similar one last week and we haven’t seen him since, best avoid.”

You know, that kind of thing. Therefore, as a species we’re always looking at the glass slightly half empty.

In fact, we tend to pay more attention to any negative information or more negative emotions because of this negativity bias. Again, this is for survival purposes, our brain floods our system with cortisol to make us more alert and ready to fight, flight or flee from the situation. The thing is, that’s all well and good if you’re facing off against a wild animal or in direct danger, but having a bias that makes you pay more attention to all the horrific things reported around the world is like having the most depressing superpower in history.

When you add into the mix that your survival-driven caveman brain is also where your stress centre and, as a consequence, where your emotional reactions stem from, it’s no wonder that all this existential, negative news has us feeling anxious, stressed and depressed.

In times gone by, we could’ve just lived in blissful ignorance.

We’d be extremely sheltered and uninformed, but if the news was getting us down we could just not watch it on TV or not buy the paper. The solution was elegant in its simplicity. Now, that’s not how things work.

Push notifications, constant updates on social media, 24 hour news channels, hundreds of different sites and perspectives with underlying agendas to the point where we don’t even know what’s true anymore. It’s stressful and it’s infuriating. No wonder our mental health suffers as a result.

So, is the solution to return to that state of blissful ignorance? Well, probably not. Anxiety and stress feeds off a feeling of uncertainty so removing access to information, after being exposed to it for so long, is likely to cause further stresses. It’s like being at a party where everyone’s talking about that trip they took together that you weren’t able to go to – it’s isolating and we all know that’s not great for our mental health either.

Yes, I know, it sounds like the next dieting fad, but at its core it’s a very simple principle: be aware and conscious of what you’re consuming. Not necessarily in the food and drink sense (although that’s a pretty good idea too) but with the content we digest on a daily basis.

It’s important to note that we don’t want to massively restrict anything, nothing is specifically banned or off limits. It’s about noticing how exposure to certain content in certain quantities impacts your mental health. As the cliche goes: everything in moderation.

If after the third engagement photo of the day on social media you feel like you need a large glass of wine and it’s only 11am, maybe it’s time to take a break from the apps or have a cull of who you follow. If you find yourself feeling apathetic after another hour of doom and gloom news programmes, then maybe avoid news updates for the rest of the day.

The algorithms that power most news feeds show you similar content based on stuff you’ve previously liked or engaged with. Our brain is very similar and loves patterns and tends to stick to what it knows. Uncertainty is our brain’s worst nightmare because it can’t predict how much danger we’re in, and it’s whole job is to keep us alive and relatively safe.

That’s why it creates these shortcuts called neural pathways between our emotional, survival-driven caveman brain and our rational, modern, prefrontal cortex. Yep, our caveman brain is still in the middle of our skull, and our modern one just developed over the top thanks to millennia of evolution.

So, in order for our brain to predict what’s likely to happen, it draws on previous experiences. The more common the experience or the more shocking or traumatic it was, the stronger the neural connections between the old and new brain. The stronger the connection, the faster the reaction between our hippocampus, where our memories are stored, our amygdala, where our danger alarm lives, and our newer, rational brain which evaluates and makes the decisions. The more you repeat an action or experience, the more immediate the reaction becomes. For instance, you’ve brushed your teeth twice a day every day for your entire life, you know not to swallow the toothpaste so your brain tells your body to spit it out automatically, even when we’re half asleep.

Over time, we come to expect a certain outcome. For example, if we always feel sad and lethargic after scrolling through social media, our brain will make the link that social media makes us feel tired and sad, even though that’s not necessarily the case. So, when you next think about opening up the app, your brain is already priming itself with what it believes to be the appropriate emotions. The more this happens, the stronger the association gets and it becomes a cycle that’s difficult to break.

The reason it’s difficult to break is because of dopamine surges that compromise our reward centre. When we receive a notification or a breaking news alert, we get a hit of dopamine, the pleasure hormone. The thing is, dopamine comes in two hits; one for anticipation and one for when the pleasurable event is over. Much like with most of how our brain works, our brain registers this as an event that has improved our mood and makes us want to repeat it if possible.

With the amount of notifications and stimuli we experience in the modern world, the dopamine hits add up and we begin to get semi-addicted to checking notifications and news updates. This means we become much more preoccupied with our devices than what’s going on around us.

Combine this with our negativity bias and the fact that the news is a horror show at the best of times and you’ve got a delicious mental health maelstrom swirling around waiting to hit.

So, take a breath, actively check your media consumption levels and the quality of what you’re consuming. If you’re always reading polarising, inflammatory headlines that are designed to attract clicks and scaremonger, chances are you’re going to be more stressed than if you read an overview of what’s going on from a more reputable, albeit less entertaining, source.

Similarly if you’re refreshing Twitter every 20 minutes looking for updates, you’re probably going to be equally stressed due to overstimulation. Those reward centre dopamine loops from earlier? That’s what’s at work when you keep checking your phone for news. That and a bit of FOMO or fear of missing out over what’s going on, which is also very similar to that feeling of being at a party where everyone’s talking about something you know nothing about. See, it all comes together in one holistic, biological, neurological cycle.

So, realistically watching the news itself is not necessarily bad for your mental health. It matters that we’re informed, and knowing about current affairs may prevent us “putting our foot in it” at a later date, sparing us future anxiety and embarrassment. But too much exposure to the news or exposure to low quality or click-baity news can cause more stress-inducing hassle. The bottom line is this: check yourself, check your content, and check how you feel after you watch the news. Does it make you feel good long term? No? Then give it a rest for a bit to see if it changes anything. You have all the tools to help yourself feel better, it’s time to use them.